In the previous post I had mentioned how you can customize the way you use the Cubieboard’s pins by changing the script.bin file. This post will be expand on that thought further.

Every chipset has a human-readble file which sort of acts like a metadata file for the I/O pins of the board, this file is called the fex file.  It is of no use to the chip itself. It needs to be parsed and converted into an equivalent binary file, named script.bin, like the one we saw in the previous post while installing our OS on the board.

This should clone a copy of the sunxi-tools repository in your folder. The tools provided here are exclusively for AllWinner A10 based boards. They won’t work for generic devices. Now that we have the source files, we can proceed to build the tools:

This will spit out two executables, fex2bin and bin2fex. These executables do exactly what they are named. Next step would be to transfer both these executables to the folder where you want to keep your script.bin files.

Now we use our existent script file, the one we downloaded from the git repo here, and get it’s equivalent fex file like this:

If it executes (and it should) successfully, it shows the following lines in the terminal:

Now use your favourite text editor to open the cubieboard.fex file. You will see a lot of things that may seem gibberish at present.

Configuring the GPIO pins in the fex file

Now since we intend to use some of the GPIO’s here, go to the [gpio-para] section header. You should see the following under this section header :

The first line has the parameter gpio_used which is initialized to 1. This parameter basically denotes if the functionality described by the section header is enabled(1) or disabled(0). Thus in this case, it seems like the GPIO functionality is enabled for 4 pins (gpio_num). The properties of each pin are given in the subsequent lines.

Description of the GPIO configuration in the form:

<mux feature> is the function to configure the port for, mux 0 is as input, mux 1 as output and for 2-7 see A10/PIO for details.

<output level> sets the initial output level for the port; 0 = low; 1 = high (only valid for outputs)

The <pullup/down> <drive capability> and <output level> can be set to <default> which means don’t change. Any trailing <default> options can be omitted.

You can refer to the following image to see the I/O pins on the Cubieboard:

The Cubieboard supports a total of 8 UART ports, apart from the TTL connection provided. To configure them, you can check under the [uart_para$] section header, where the $ stands for a number from 0-7. These are the configuration parameters for UART1 (ttyS1):

Since the uart_used parameter here is initialized to zero, this particular UART (ttyS1) is disabled and cannot be used. To enable it, you need to set it’s value to 1 just like we discussed for gpio_used in the previous section. This particular UART allows for the full 8 pin connection (uart_type = pin connections allowed). In case you are not familiar with it, these are the functions of each of the pin:

To interface this UART, you will just have to connect wires from the pins mentioned in the section header above to the appropriate pins on the slave device.

Once we are done making all the modifications and customization we want, we need to generate the chip-readable script.bin file. To do that, we shall use the second executable that was taken from sunxi-tools earlier, the fex2bin.

Succesful execution of this command will generate the new script.bin file which you can now transfer to the appropriate folder of your bootable SD card. On booting up your Cubieboard again, you will be able to use the modified pins just as you configured them in the fex file. To use your newly configured GPIO and UART pins, read ahead!

GPIO: After booting up the Cubieboard, do the following to use the GPIOs:

Thus activating the second pin in your GPIO config (PB19) by generating a special file by the name gpio2_pb19. Similarly echoing 1,3 or 4 will activate the appropriate pins.  You can then write/read values from these files thus fulfilling the I/O function.

UART : For UARTs, you need to make the proper connections and then use some serial program like minicom. Or you can write your own code in Python or C to do it. In my next post, I will be writing a C program to perform a UART communication with an Arduino board, this will enable your Cubieboard to make more complicated tasks. 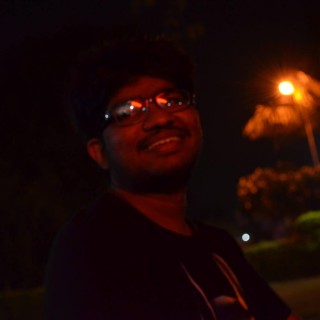